How Life Imitates Conducting an Orchestra 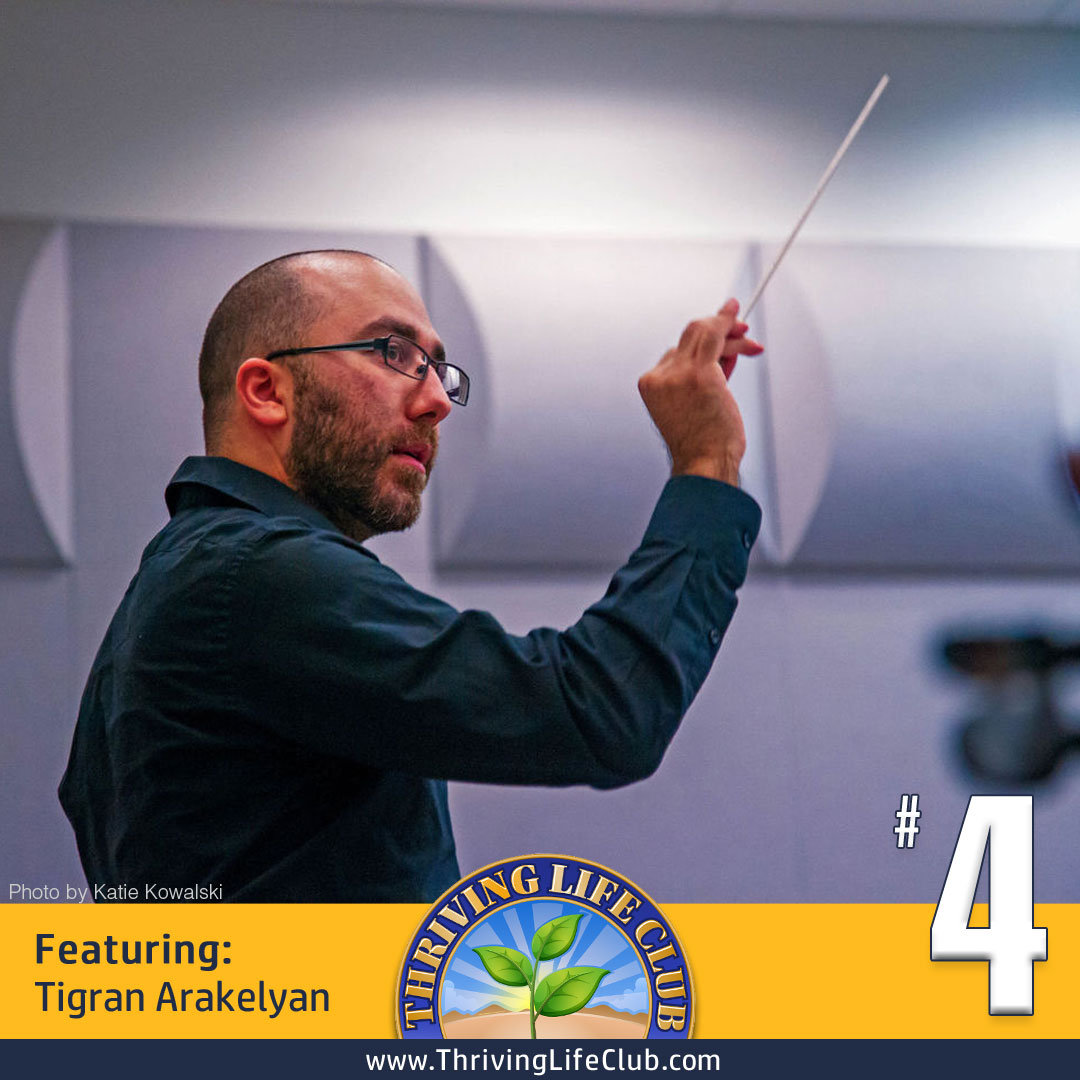 Life is like a symphony... it has a beginning and it has an end. Every day is like a musical note... an isolated and independent sound interrupting the silence. Combined into weeks, months and years, these individual and seemingly unrelated sounds, form together a melody... a theme... a direction... a symphony. A masterpiece or a disaster. A lifetime of persevering and thriving or a lifetime of getting by and surviving.

A modern full-scale symphony orchestra consists of approximately one hundred permanent musicians. Every musician in an orchestra plays an instrument. However, just because all hundred of those musicians have a musical instrument and can play on it doesn't mean they can produce music. In fact, if they all start playing by just following the sheet music, they will literally create musical chaos.

In today's episode we have the pleasure of visiting with Maestro Tigran Arakelyan, an amazing conductor and a great human being.

No, he's not a train conductor. If you have ever attended a symphony orchestra concert and noticed a person standing in front of the orchestra facing away from you and moving their hands in the air... then you've seen a conductor doing their priceless job of conducting the orchestra to produce actual great-sounding music.

Maestro Arakelyan is the Music Director of Bainbridge Island Youth Orchestras, the Federal Way Youth Symphony Orchestra, and several others. He played alongside Sir James Galway during his induction into the Hollywood Bowl Hall of Fame with the Los Angeles Philharmonic. He is a recipient of numerous awards and has conducted in masterclasses with a long list of world-class conductors.

Maestro Arakelyan received a Doctorate in Musical Arts degree in conducting from the University of Washington. Outside of conducting, he is the founder/director of the Armenian Orchestral Music Project and the Classical Program Coordinator at Music Works Northwest. He is also the founder and host of Off The Podium - Music Podcast where his guests are renowned musicians and artists.

How To Turn Your Current Problems Into GIFTS… with Rob Grupe